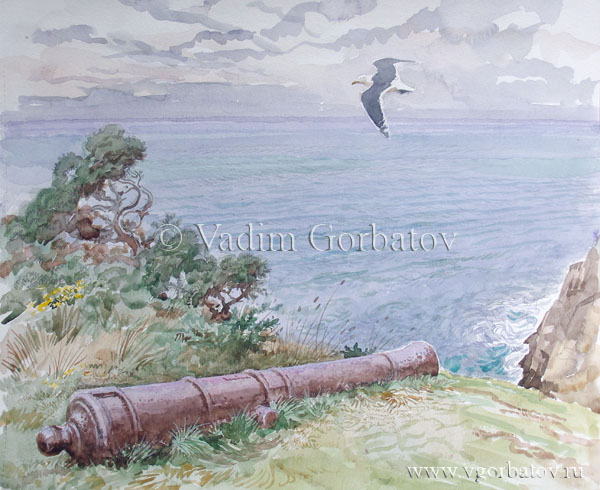 After returning from England, the artist is working on his field watercolors made on the island of Sark. In the future, large easel paintings will be painted on their basis.

The works of artists who participated in the Artist for Nature Foundation project will eventually be included in a book dedicated to a small island where an ecological situation unique for densely populated Europe has developed. The residents, who are only about 600 people, want to preserve silence, cleanliness, tranquility and a patriarchal way of life on their island. There is no asphalt, there is no street lighting, people have abandoned cars. Instead of cars, there are horse-drawn carriages and bicycles. People from different European countries come here specifically to plunge into the blackness of the night, to see the Milky Way and the starry sky, not polluted by the reflection of cities. In addition to Vadim Gorbatov, artists from different countries participated in the project: Great Britain, Spain, France, Germany, Holland and the USA. 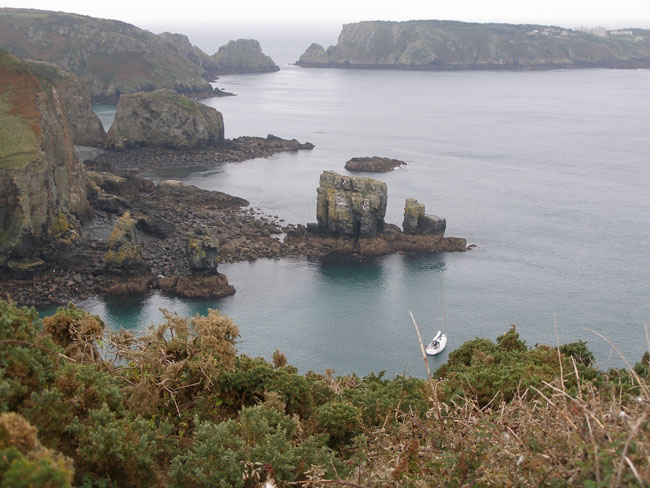 As before, work continues on the picture about the fight between a tiger and a bear, the first sketches of which were made in early 2010.

In addition, the artist is working on a book by his good friend, a zoologist, one of the most authoritative experts on bears in our country  Valentin Sergeevich Pazhetnov “My life in the forest and at home”. A few years ago, this book was published in a tiny edition, but at the same time it aroused great interest among hunters and nature lovers. In it, the author tells about his life, how he worked as a commercial hunter in the Siberian taiga, and how and why he began to save orphaned cubs, that is, motherless cubs (this most often happens after hunting in dens). According to a special method, the basis of which is to make sure that the cubs do not get used to people in any case and can live independently in nature, they are raised and then released into the wild.

From curious incidents. In the artist’s apartment, in Chertanovo, on the 15th floor, a squirrel climbed up the wall of the house. She sat down on the window and looked into the room with interest. It is interesting that squirrels come to visit not for the first time. Ten years ago, the animal not only climbed the wall to the 15th floor, but also climbed into the apartment. Andrey and Mishka, the artist’s children, were delighted with this incident, they spent half a day chasing a squirrel with a net, eventually driving it into the room where the workshop was located at that time. A squirrel, rather, a squirrel, made a real pogrom there, turning over and overturning everything that is possible. After living in the apartment for several days, the squirrel ran away in the same way as he came, that is, through the window.