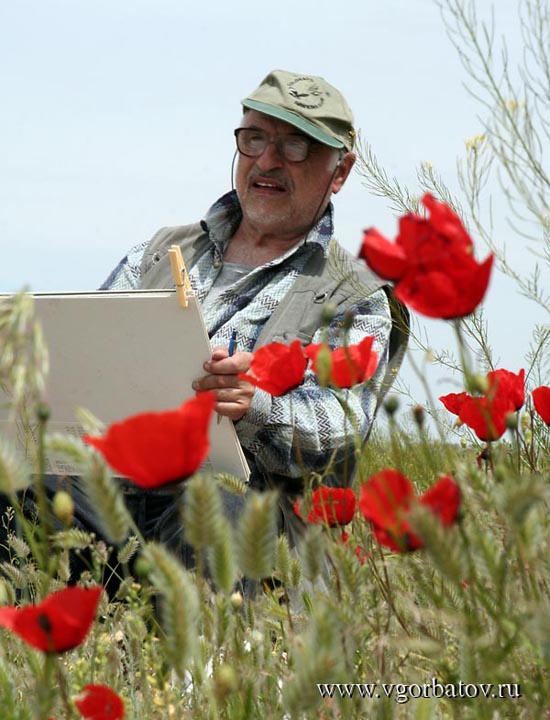 Vadim Alekseevich Gorbatov is a painter, graphic artist, book artist. His work is dedicated to the world of animals and the relationship between man and nature. The reliabilityi of the artist’s works is the result of personal impressions and thousands of sketches. With zoologists, cameramen and hunters, he visited various parts of the earth from the polar tundra of Siberia and Alaska to the jungle of Cambodia and Ecuador. The name of Vadim Gorbatov is well known not only in our country, but also abroad. He is the only Russian artist whose works are included in the books “300 years of the Wildlife Art” and “Modern Wildlife Art” published in the UK. For the past 20 years, he has been the only Russian participant in the art projects of the Dutch foundation “Artists for Nature Foundation”, which unites many famous animalists of the world. Vadim Gorbatov is a Candidate of Art History, a member of the Union of Artists of Russia and the Union of Wildlife Artists of Great Britain. V. Gorbatov’s works are kept in galleries, museums and private collections in many countries of the world.

Vadim Alekseevich was born in 1940 in Moscow. He studied at the Moscow State Art School (Moscow Secondary Art School). In 1965, he graduated from the Art and Industrial Academy named after Stroganov. Then postgraduate studies, dissertation defense and teaching work at Stroganovka and Bauman Moscow State Technical University. Since 1970, Vadim Gorbatov has been working as an artist on Central Television as the head of the group of artists of the Main Editorial Office of Information, which produced the programs “Time”, “News”, “International Panorama”, etc. At the same time, the artist begins working for various publishing houses. Returning to his former hobbies, he illustrates books about animals, wildlife, hunting. Together with zoologists, he participates in various expeditions, is engaged in painting. There is not enough time for everything, and in 1987 the artist leaves television to fully devote himself to his favorite business.