Another book with illustrations by Vadim Gorbatov about peregrine falcons “Fidget’s Folly”is being prepared for publication in the USA. The author of the book American falconer Stacey Patterson (Stacey Patterson) tells about the life and adventures of falcons raised by people and released into the wild.

An illustration from the book Fidget’s Folly. 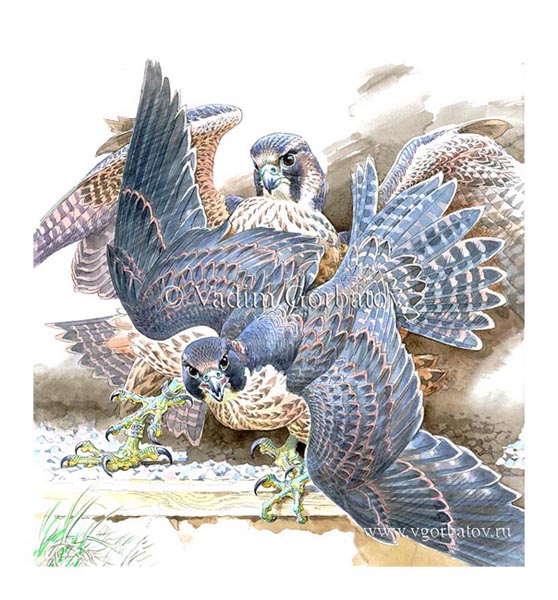 All illustrations for this book are made in the technique: pen, watercolor. This is the second book about a young peregrine falcon named Fidget. The first one was released a few years ago and was called “Fidget’s Freedom”. 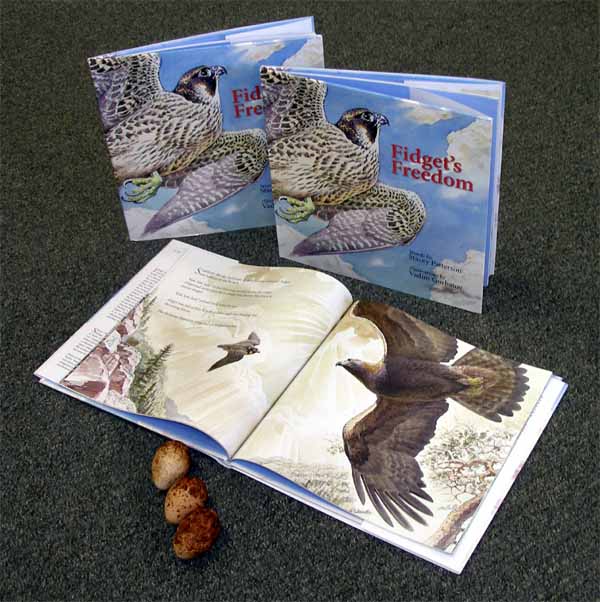 Illustrations from the book «Fidget Freedom». 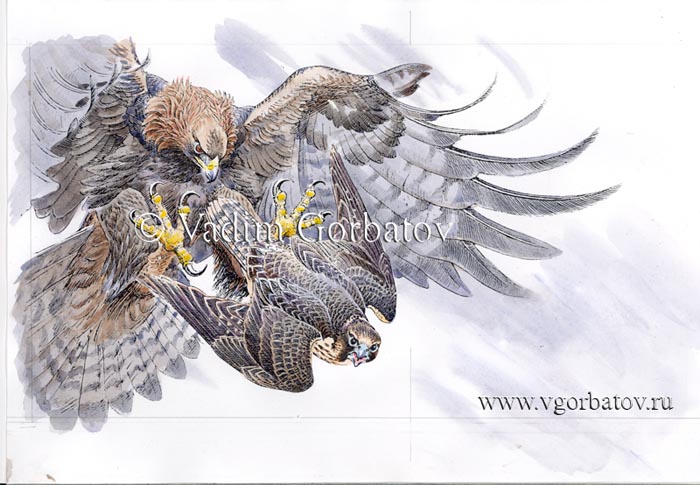 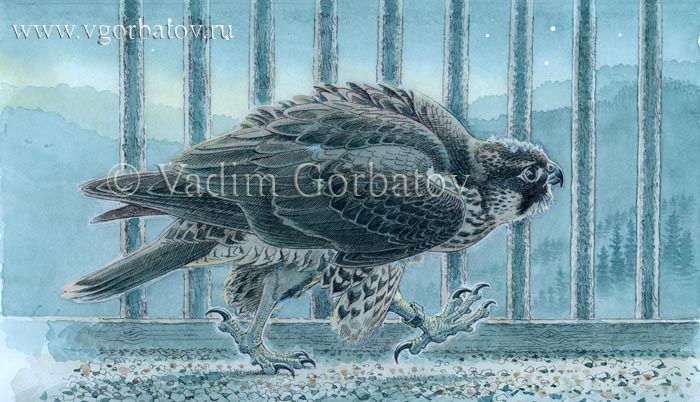 The publication is carried out by the American educational foundation for birds of prey – “REF” (Raptor Education Foundation). This is a non-profit educational organization that tells about nature and environmental problems using the example of birds of prey. Learn more about the organization.

It is interesting that now anyone can help in the release of the book by becoming a sponsor of the publication, as well as buy the originals of the works. You can view the book and learn more about the participation opportunities on the REF website.

Since we are already talking about books, it should be said that last month Vadim Gorbatov’s album “Under the Canopy of the Russian Forest” was reissued in Russia, which became the “Book of the Year” in Russia in the category “Albums on Art”in 2009. Today it is the largest album of the artist’s works, including paintings, graphics, field watercolors, sketches, sketches dedicated to the nature of central Russia and the artist’s own stories about his work and travels.

If this book is dedicated to our Russian forests and their inhabitants, then the next album, which the artist is currently working on, will be much broader thematically. It will include paintings and memories of the artist’s trips to various regions. From the Arctic tundras of Russia and Alaska to the jungles of India and Ecuador.