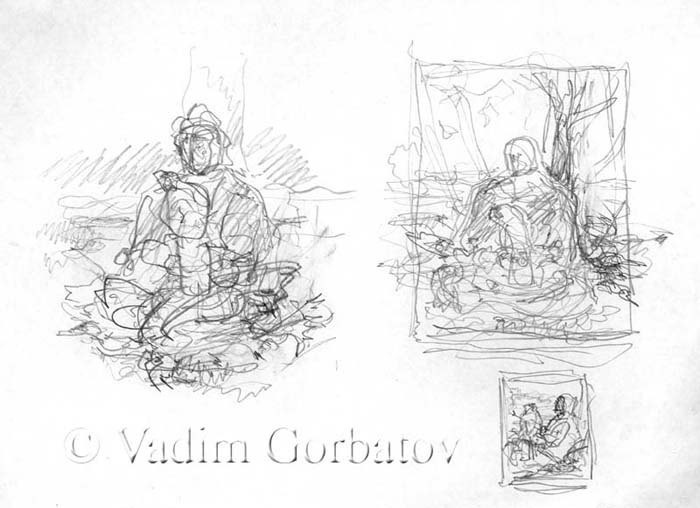 Falconry and birds of prey are perhaps the artist’s favorite theme. Eastern hunts stand apart in it. The most famous of his “oriental” paintings is “The Hunt of Kublai Khan”, a large multi-figure work that can be viewed in the “Painting” section. The last work on the topic of eastern falconry was called ” The Japanese Falconer. Akito Province”. It depicts a Japanese falconer with a hawk eagle caught in a snow storm. The artist discussed the peculiarities of Japanese falconry with Mr. Zenjiro Tagomori, the seventeenth Grand Master of the Japanese falconry school Suwa Hawking School, whom he met in the United States at the Peregrine Falcon Foundation. There they had at their disposal the famous Japanese book “The Mirror of Falconry”, as well as sketches for this cult work for Japanese falconers. With incredible meticulousness on these sketches, the Japanese master depicted even the smallest details of equipment, not to mention birds, people and the hunts themselves. Sketches made on long scrolls later formed the basis of the book. And now, after almost two hundred years, sketches made by one master help another. The artist was particularly interested in hunting with a grouse for a Japanese crane, since hunting with a hawk for such a huge, strong and aggressive bird seems almost incredible. But the Japanese master confirmed the reality of these drawings and spoke in detail about special methods of training hawks for hunting cranes. Then the idea came up to make a picture on this topic. Here are the very first sketches – “handwriting”. Usually the artist makes several dozen such sketches. 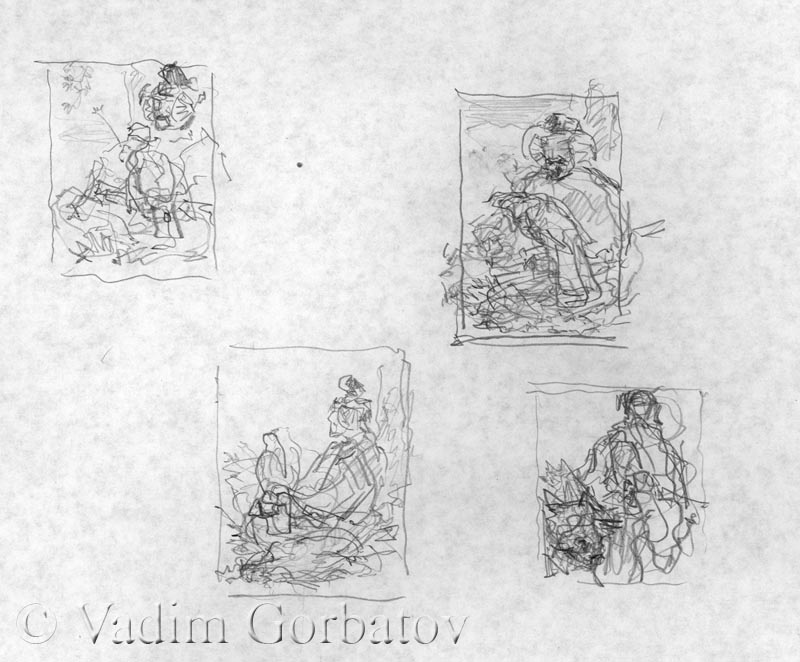 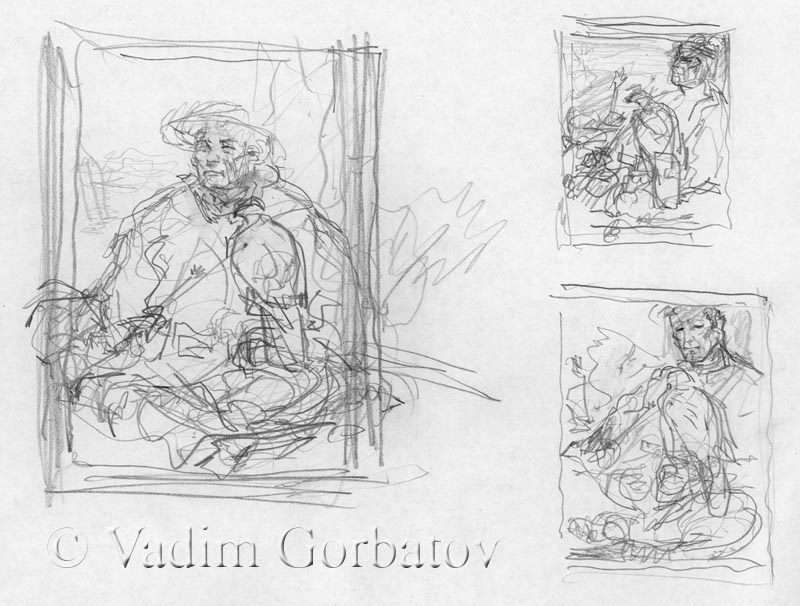 Simultaneously with large paintings, for almost a year now, the artist has been illustrating excerpts from the book by Valentin Sergeevich Pazhetnov “My life in the Forest and at home”, which are published monthly in the magazine “Hunting Yard”. 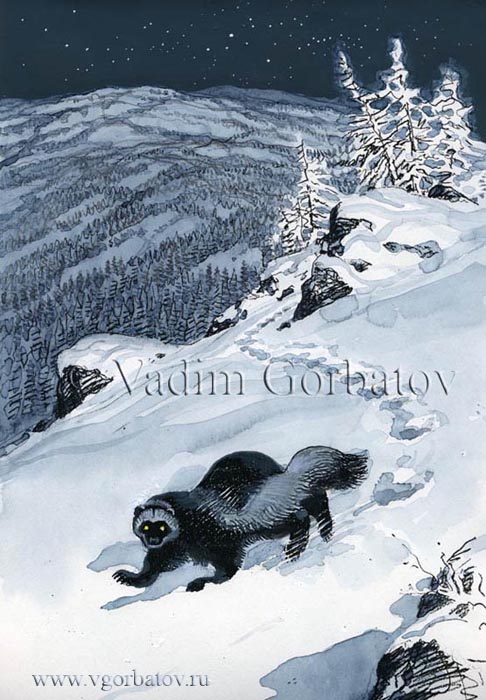 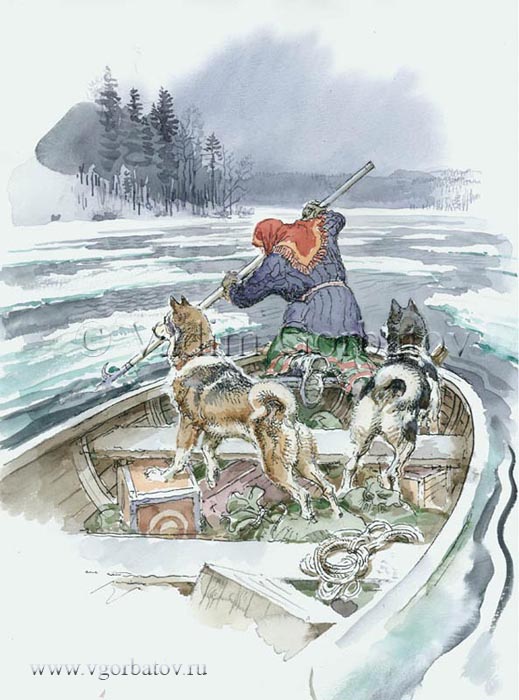 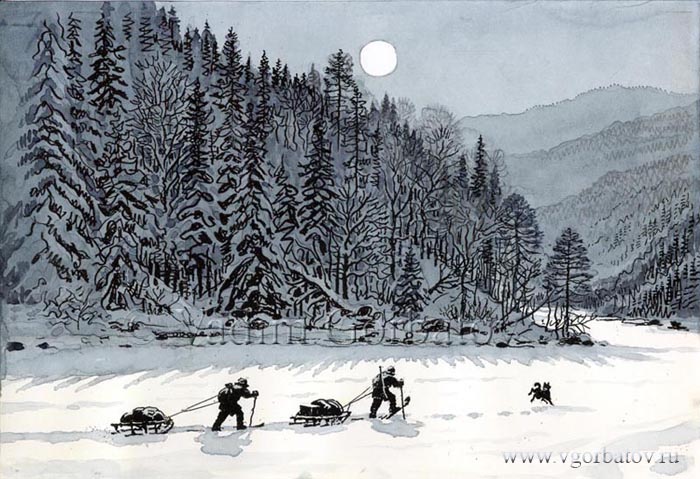