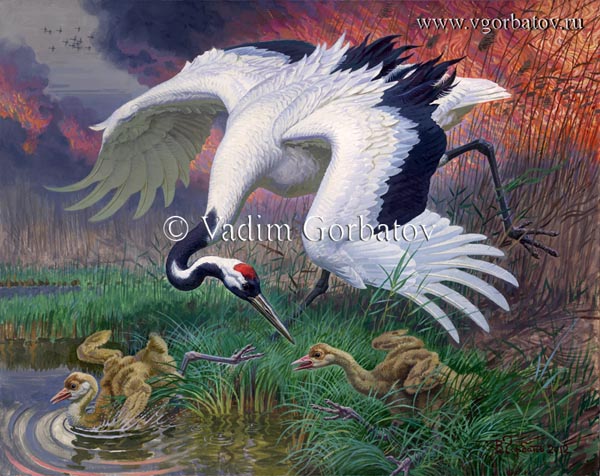 The work on the painting “Fire. Japanese cranes”.

The work on the picture about an unusually beautiful bird – the Japanese crane is coming to an end. The artist knows about it firsthand, because he has been to the Far East, painted and observed cranes in the Amur Region in the Muravyevsky Park, where these birds nest. 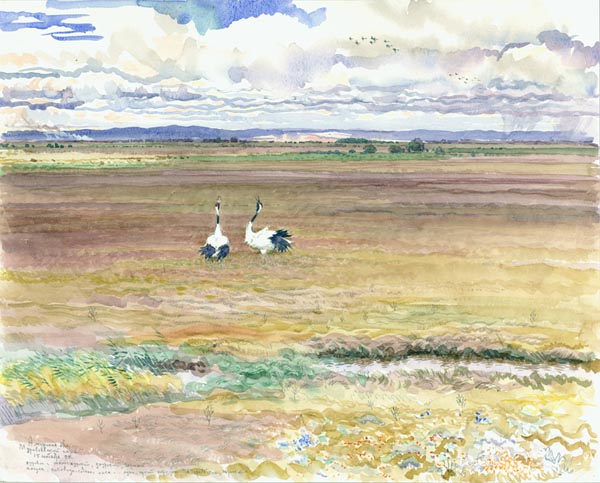 September 19, 1999. Marshes and old trees in the Amur floodplain. Muravyevsky Park. Chinese Khingan is on the horizon. With a high resolution, these works can be viewed in the gallery.

One of the most terrible phenomena in the life of cranes is fires at a time when their chicks are growing up. In the park, cranes nest in vast open areas covered with dry reeds, and it burns like gunpowder. The shaft of fire destroys the masonry, the chicks die, because they can not fly away, and sometimes adults who do not leave their babies until the last burn. After the fire, cranes no longer nest on the black, burnt-out ground: white on black – they are too noticeable. It should take time until the young reeds rise, and the cautious birds will try to nest again. It is interesting that the idea of this picture was born a long time ago, more than thirty years ago, when the artist was working on the book “Rare and Endangered animals of the USSR”, and finally took shape only now, after another meeting with Sergey Smirensky, the director of the Muravyevsky Park. When visiting Moscow, Sergey often comes to the artist’s studio and, of course, tells about his park: his work, successes and problems, including bitterly recalls the fires during which hundreds of birds nesting in the park die, including Japanese and Daurian cranes, rare birds included in the Red Book. Here you can see the first, preliminary sketches. 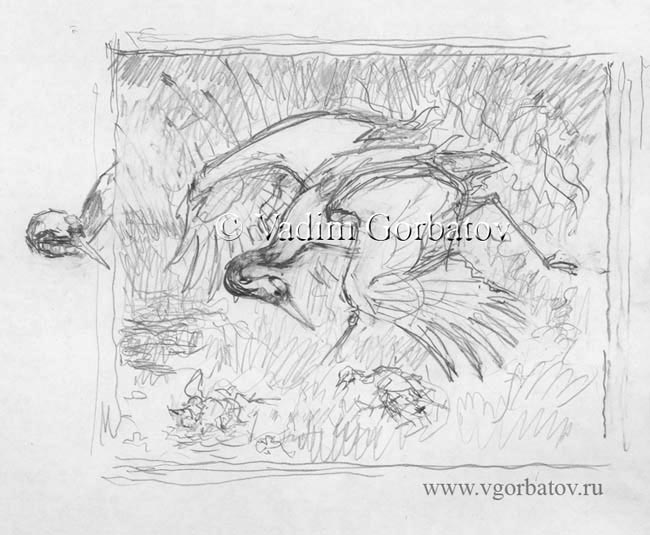 There are usually several dozen of them before the composition becomes natural and understandable.

In addition to sketches, you can see some sketches of cranes, their characteristic movements, individual elements, as well as full-scale watercolors made in Muravyevsky Park. 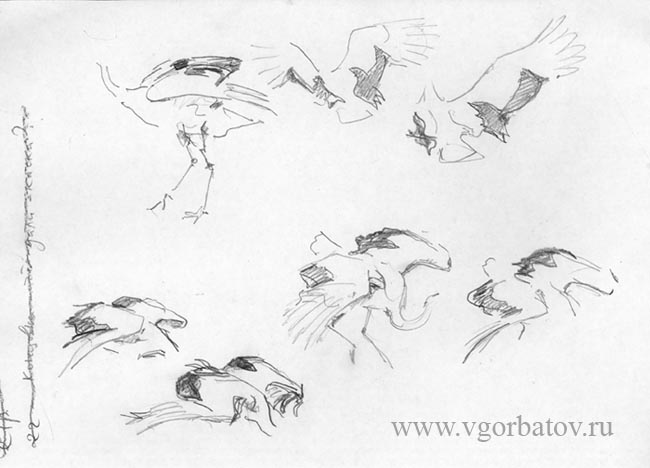 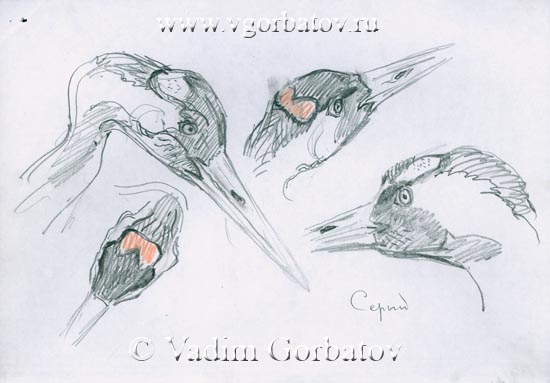 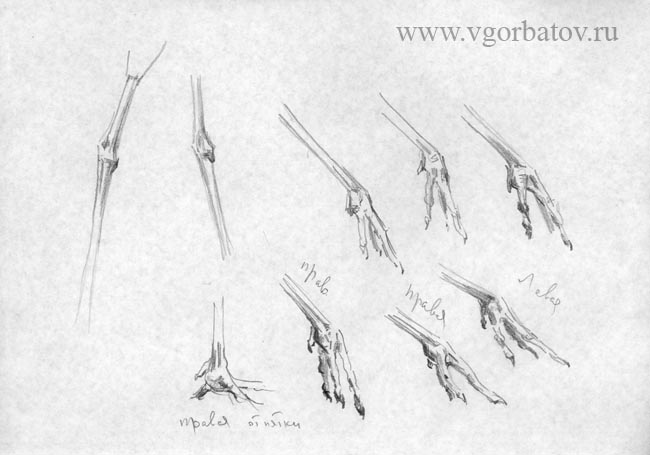