Last month, the layout of the second album of works by Vadim Gorbatov began at the Veche publishing house. The first album “Under the canopy of the Russian Forest”, which became the “Book of the Year” in Russia in the category “Albums on Art” in 2009, was reissued twice. It includes the artist’s works dedicated to forests and their inhabitants. The book, which is being compiled now, will include the artist’s works written in various parts of our planet – from the tundras of Russia and Alaska to the rainforests of Ecuador, India and Cambodia. The working title of the book is “From the tundra to the jungle”.  Presumably, the album will be released early next year.

Simultaneously with the preparation of the book, the artist is working on a painting depicting a snow leopard hunting a Siberian mountain goat. Here you can see compositional sketches and sketches for the future picture. 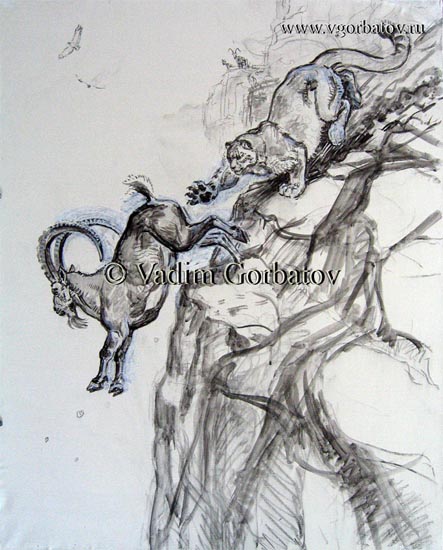 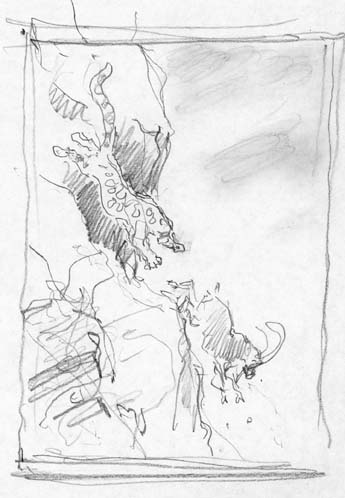 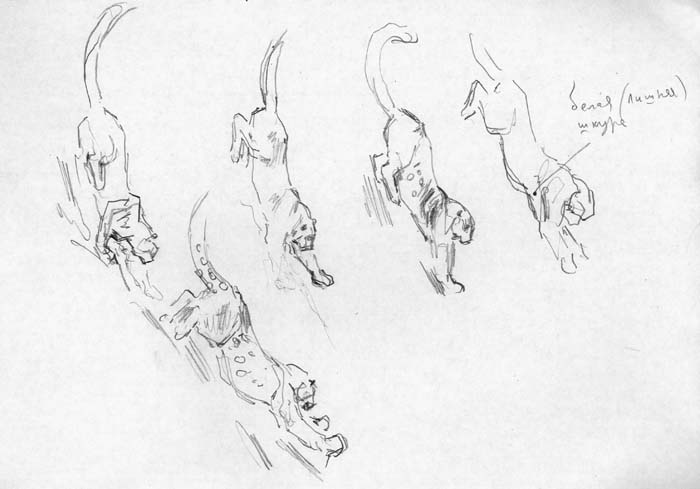 The artist has visited the Tien Shan Mountains several times in places where a snow leopard was seen. In this photo, Vadim Gorbatov writes one of these places. 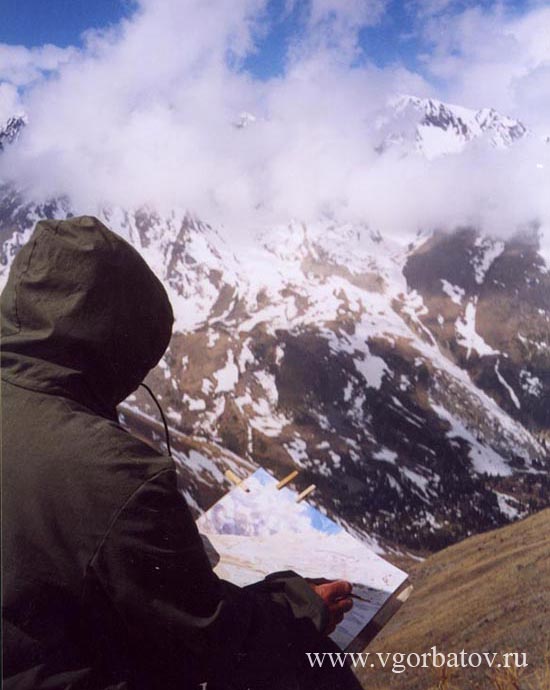 The watercolor sketch that is visible in the previous photo. 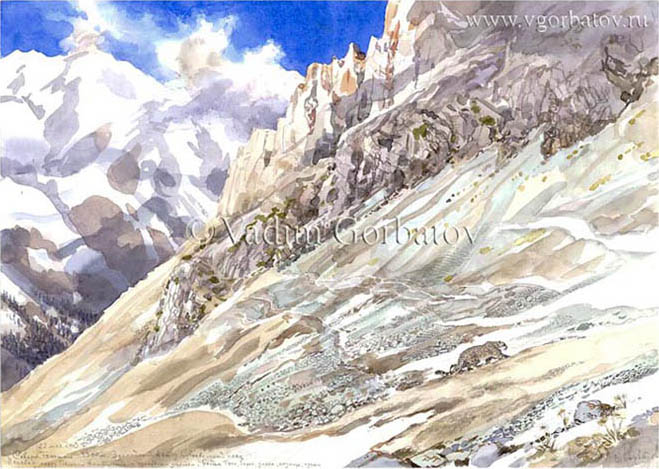 Unfortunately, the illegal use of the artist’s works continues. Individual “masters” and large firms shamelessly copy paintings and sell them at exhibitions, in various salons and shops. Often, under the artist’s works, copied one-to-one or simply printed out, people do not hesitate to write their surnames. Such outright theft is surprising. After all, according to the law, this is a direct violation of copyright. And if the artist goes to court, then not only the manufacturer, but also the seller will have to pay serious fines.  Here are a few examples that caught my eye over the past month.

These works of Vadim Gorbatov, made of amber(!), the jewelry factory “LaBerg”, located in the Kaliningrad region, sells throughout Russia.

And these cute souvenirs, the” author ” of which, by the way, received a diploma of the Minister of Tourism and Entrepreneurship of the Altai Republic, can be bought in Altai 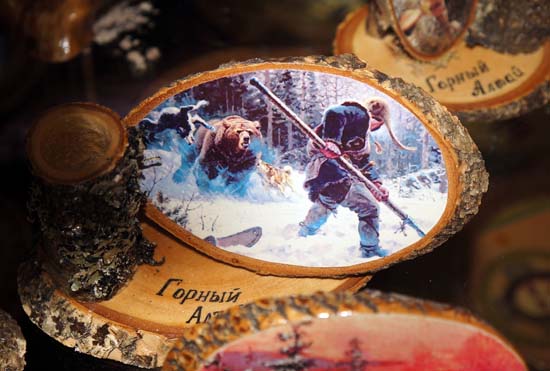 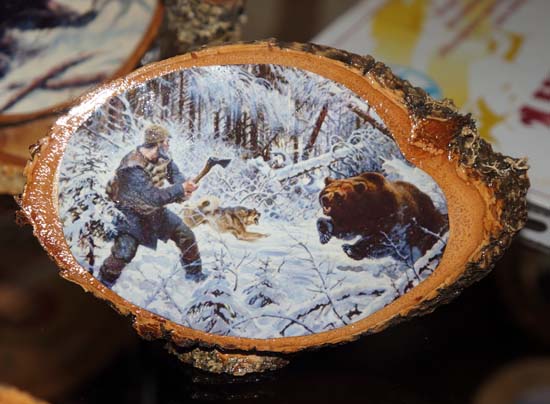 By the way, Vadim Gorbatov allows all nature protection structures and many frequent masters who turn to the artist to use their works.