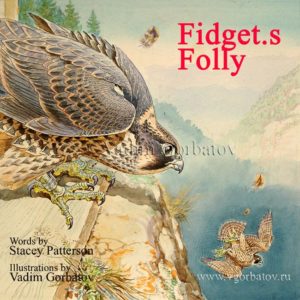 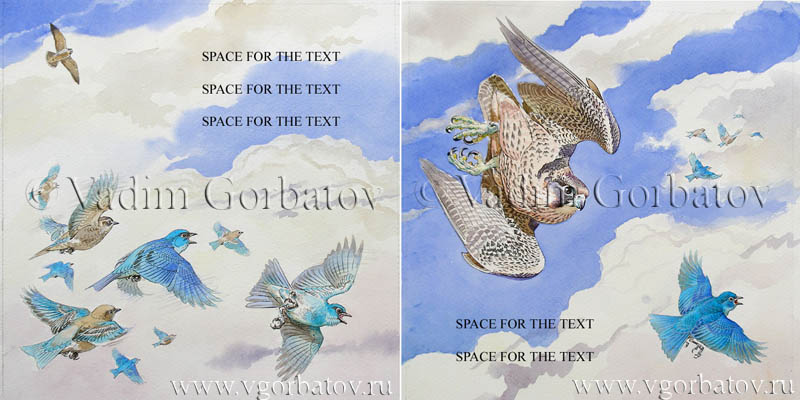 Fidget’s Freedomis Vadim’s first work for a American audience, and is a wonderful display of his work. He depicts, as he often does, the edge where humans and wildlife meet. Here you will find the tale of birds whose environment was damaged by humans coming back to their home with human help, see both the Rocky Mountain wilderness and the hack box that is the young falcons’ home and refuge until they can fly well enough not to need it. He depicts the birds as individuals— look at the difference between big, bold, strong Fidget, who steals food from her brother, and him. (Female falcons are larger than the males). 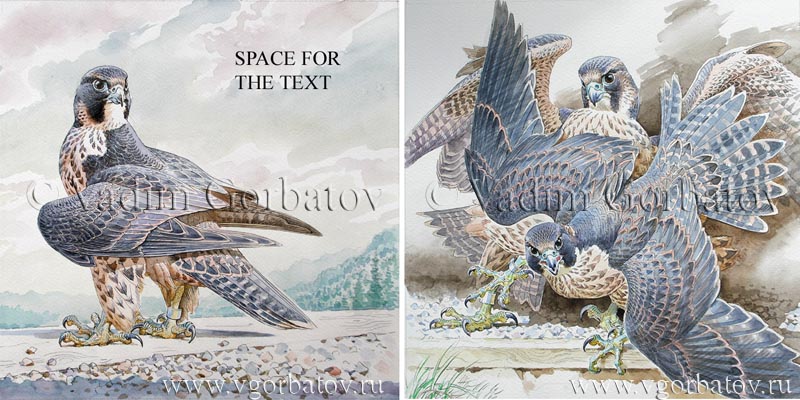 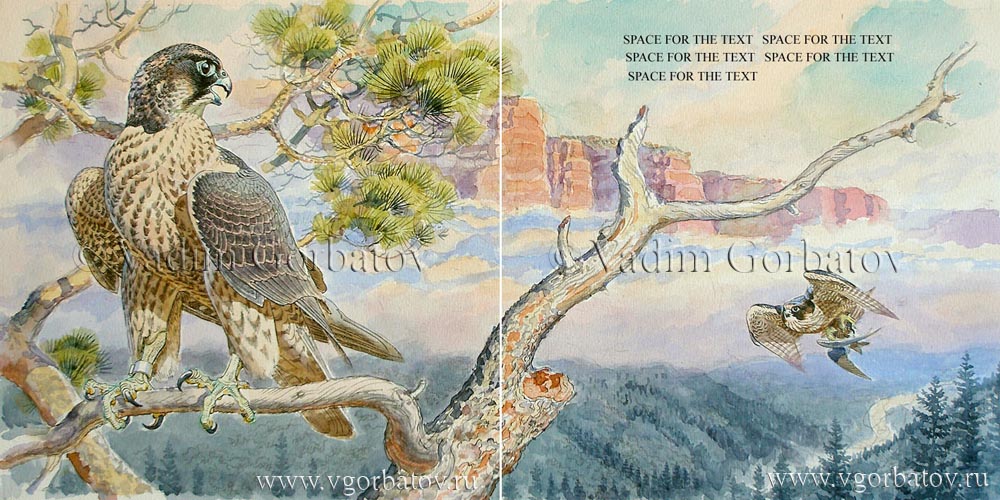